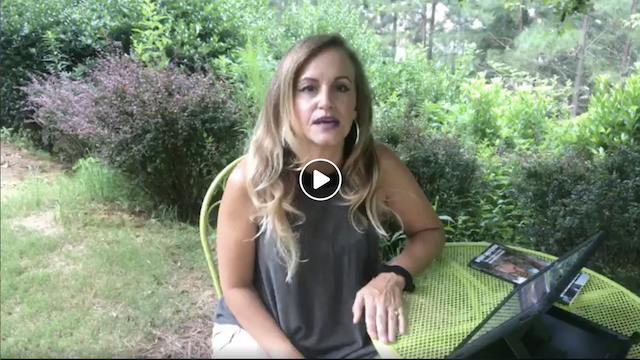 PART ONE:  I jumped on Facebook Live last night to do a live broadcast concerning some things the Lord has been showing me for quite some time about America’s roll in end-time events but how God has placed the US in place for such a time as this.  America is a fairly new established nation, only 242 years old (from the time of the Declaration of Independence) compared to God’s ultimate timetable from the time of creation to the coming of the Lord.

In this recorded live broadcast, I discuss how the elite, the globalists and those who are trying to build their new world order and how people in the mainstream media, Hollywood and in the government have degraded themselves to a reprobate mind in which there is no salvation for.  These are the ones who have the corrupt DNA of reptilian seed who are possessed by demon spirits that are controlling the narrative of the mainstream media, who are dominating Hollywood and the movies we watch and who are the heads of human trafficking, child sex trafficking and the like.  These people are not human!  They have a human shell but they are possessed by something else.

PART TWO:  In this second video, I shared further information on “Exposing Reptilian Seed in America” where I continue from the previous live broadcast.  We had such an overwhelming response on this topic that is not being taught in the church but needs to exposed and believers need to be informed.  I go into greater depths of the reptilian seed, where it is located in our modern day and how you can find it with the government, media, Hollywood, human trafficking and more places.  During this second live broadcast, I take you behind the scenes, show you in scripture of the origins of reptilian seed and how it is still prevalent now.  There is so much more information I have on this topic that is only shared within out School of Political Intercession because the topic gets too deep for some to be able to handle.  You can follow the deep insight into these matters through our class.

I speak very boldly about this topic within our School of Political Intercession and invite you to join us. SOPI is not just a weekly prayer call that we conduct.  It is an online community of dedicated intercessors who want to get some work done.  There is a lot of mentoring where I pour my heart out to those who join as I invest in their lives to teach them how to properly pray for our nation without getting into illegal warfare and experiencing unnecessary backlash and attacks through the methods of old-school warfare where intercessors were doing spiritual warfare outside of their positional place of authority in Christ. I talk about this quite a bit in my book, “The Weapon of Peace – Warfare Strategies from the Courts of Heaven.”

We are to enter into our kingship and sonship “in Christ,” and from there we do mighty exploits of the kingdom.  Only then can we really accomplish all that God has ordained for us to accomplish to live in the world but not be of the world.  We die daily to live a life of resurrection to do God’s will, laying down our own agenda, living a lifestyle of repentance and entering the realms of the kingdom legally through the blood of Jesus and through a deeply intimate relationship with Christ.  God needs intercessors that are matured and equipped.  The days of thumb sucking and baby bottles are over.  In order for believers to fulfill their destiny, we must mature and grow up.  My part is to lead you into that growth process through diving into the mysteries of the Kingdom and what God has given us access to that many believers don’t tap into either because they don’t know how or they are not ready to enter into that deep place with God.  The question I have for you, “Are you ready yet?” If this resonates with your spirit and God gives you a witness, then prayerfully consider joining us.

School of Political Intercession requires a monthly subscription of only $12 for individuals and $18 for married couples.  You can unsubscribe at any time.  We meet every Monday night at 9pm EST by conference call and webinar format as we discuss current events, take communion together, pray for various political issues, apply courts of heaven principles and personal mentoring to equip you for effective kingdom rulership. To join, register at www.politicalintercession.com.  See you in class! Let’s do this!