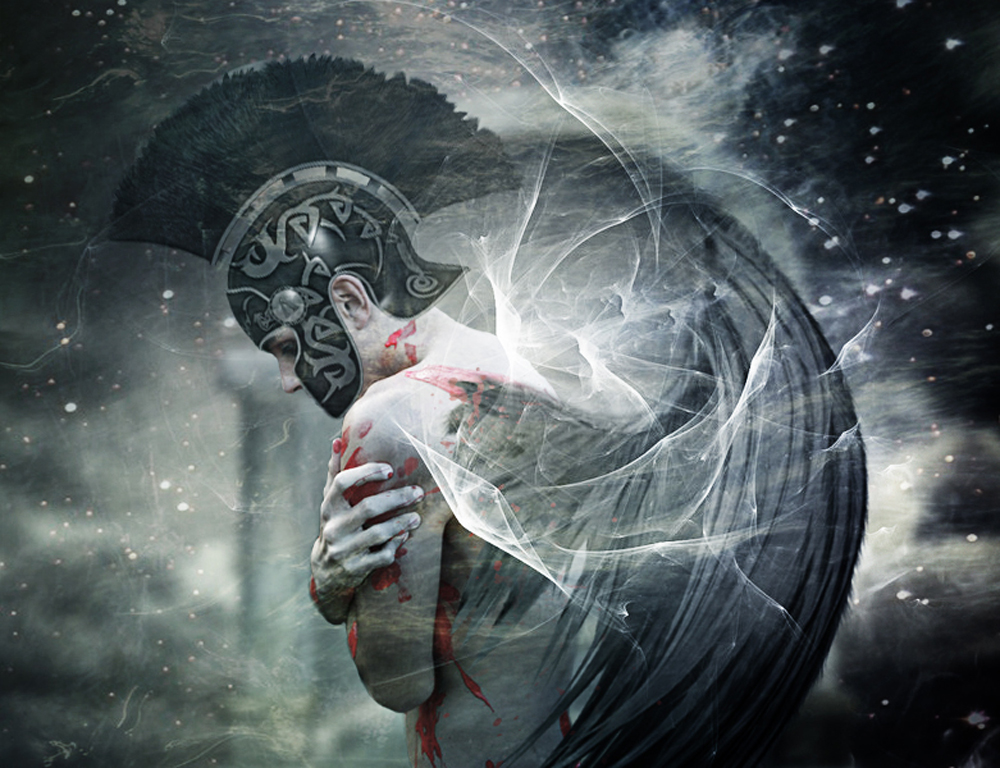 We are not just in a cultural war, we are in a political war. Behind the scenes of this political war is the war for the minds of the American people and the rest of the world for that matter. We have engaged in the war, we have lost friends and we decided to include politics in the church. Well, at least some of us have. We decided to get into the fight, put our boxing gloves on and go to war with what seemed like a bigger opponent than we realized. We know through scripture that we are not wrestling flesh and blood. There is something much more severe going on. 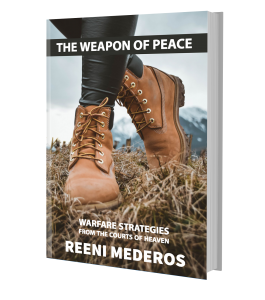 In this article, I will share with you some of the principles I use in prayer concerning prayer strategies for our nation. Some of the revelations I share come from my newly revised book, “The Weapon of Peace – Warfare Strategies from the Courts of Heaven.” (Click the link to purchase so you can read the entire book and be fully equipped with what I am sharing.)

I took on the quest to round up the intercessors to pray for our nation during the 2016 election. Many prophetic intercessors and prophets were sensing the same unction of the Holy Spirit, and that was to pray for Donald Trump to win the presidency. Not because he was perfect, but because we knew by the Spirit of God that he was the one God chose.  We also had to make a choice. Our reputation or our nation. Many of us chose our country because our country affects our families. Before I launched my Facebook group, Prophets For Trump, I thought about the cost. I wrote an article in August 2016 called, “Donald Trump, A Prophet in the Making.” Boy, I got the evilest responses from Christians, who I thought were my friends? I lost many friends and ministry colleagues but now we have 10,000 members in our group.  I gained many more friends compared to the ones I lost.  My heart wasn’t to be a troublemaker, but somehow I stirred up the pot of controversy at a time when it wasn’t popular to support our president. God separated goats from sheep during that time, and it’s still happening.

Was it wise for us to get in this fight? Was it a wise decision to engage this fight or was it more important to lay aside reputations for the future of our country that was possibly going downhill if something didn’t change? I have no regrets.  We all felt the urgency in our spirit. Gut-wrenching prayers led by the Holy Spirit were surfacing in individual lives, and we thought we were alone. But we weren’t. There was and still is a remnant and thank God for that remnant.

We are still in the middle of political, cultural and spiritual warfare. Back then, God simply told me to implement the prayer strategy for our nation that I did in private. To repent for the nation according to 2 Chronicles 7:14 and to take communion on a national level much like I did in my personal prayer time. Why communion? If you really think about it, taking communion is not only an act of worship but it’s also an act of warfare. The difference is that we are inviting God into the battle through work of the cross and the shed blood of Jesus Christ. We simply got together on national prayer calls, we identified issues that needed our corporate attention, we repented, we unified and we broke bread together. We didn’t need 300,000 or 3,000 or even 300 people to pray. We were like Gideon’s army.  We just needed dedicated prayer warriors who knew how to pray according to the principles of the courts of heaven. Some were more proficient at this than others, but we all came together to pray for our beloved America.

We saw God defy the false predictions that Donald Trump would not win the presidency. We witnessed a miracle of mercy on election day at the last hour. God decided to have mercy on our nation even though we deserved judgment. Has the strategy of the Lord changed? Not too much. We are to continue to pray for our nation, to repent for the sins of the nation and to continue to take communion and apply the DNA of Christ to the heart and soul of our nation. We saw God move in the minds and hearts of the American people during the election in favor of God’s will for our nation. Prayer is powerful, and it has the power to defeat demonic powers and release the angelic host instead. Much was accomplished in the unseen realm and those amazing ministering angel spirits warred on our behalf because I think we came together in humility and in unity to set aside our differences to pray for our country.

One of the things I emphasized during that season that I will continue to shout out during the season we are now is “wisdom in warfare.” What does that mean? If you are called to pray for this nation, then you are a political intercessor.  We have a brand new online course, School of Political Intercession, where we meet every Monday night online at 9:00 pm EST for those who have the heart to pray for America.  You are a resisting force against the powers of darkness as a political intercessor and there are a few important protocols to follow that you should implement every day. When praying for our nation, including these seven prayer protocols in your prayer time will better ensure you are engaging wisely and safely in this political warzone:

1) Enter the gates of heaven and God’s heart with honor and thanksgiving. (Psalm 100:4)

2) Enter the courts of the Lord with praise.

3) Ask God first to forgive you of your sins, transgressions and your iniquities along with your family bloodline iniquities.

4) Ask God to forgive your immediate family and extended family members that are alive. Cover them and protect them through the blood of Jesus. Remember, your adversary roams the earth, seeking someone to devour. He’s not playing games.  Keep your family protected and covered in prayer every day. 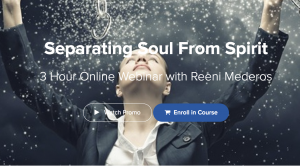 5) Separate your soul from your spirit according to Hebrews 4:12. What does that mean? I have a whole teaching series on this topic, “Separating Soul From Spirit,” that goes into great detail of how to effectively command your spirit being to be on the forefront so that you don’t follow the dictates of the flesh.  This is a huge step we have missed in spiritual warfare because we didn’t know how to deal with subjecting our soul and our body according to the principles of the courts of heaven. We learned how to perform deliverance sessions but we neglected to get rid of issues on the DNA level, and not just the demonic level.

6) Take communion and ask God to re-sequence your DNA and to transform your DNA with His divine DNA. I have a whole online course on, “Transforming Your Bloodline DNA,” that goes into great detail of cleansing your bloodline which keeps you far, far away from the accusations of the enemy. 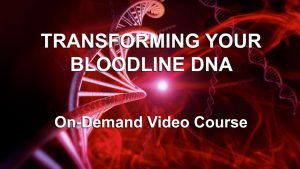 7) Once you have implemented these suggested protocols into your prayer strategy out of your relationship with Christ, not out of ritual, then you will be properly positioned to execute the decree of the Lord from your heavenly governmental seat of authority.

Take the necessary scriptures you need into the courts of heaven to support your prayer petitions and decrees. Pray for yourself, for your family and then you will be ready to pray for your nation. This is praying strategically but notice that you are not combatting the devil directly. You are positioning yourself to allow God and His angels to do the battle for you. I go into great detail about these principles in my book, “The Weapon of Peace.” This is “wise warfare.” The warfare is not in the hacking and yacking and yelling at the devil. The warzone is in entering the peace of God which crushes Satan under your feet by allowing the blood of Jesus to be your defense and to let God fight for you as the Mighty Man of War He is.

We have suffered too many unnecessary casualties in our spiritual fights, and we have many times engaged in “illegal warfare” which is a chapter I discuss in my book. My heart is that you are informed, equipped and clothed with heaven’s wisdom as you approach your accuser and also the accuser of our nation. We have to retrain ourselves to war wisely, safely and efficiently so that we do not put ourselves our family members in harm’s way by creating more open doors of accusations for the enemy to attack us.

It’s also important to watch the words that come out of your mouth and to filter the things that come into your mind. Distraction is a huge tactic of the enemy to set you off in your emotions through the negative news media, arguments, offenses, and persecutions. All of the above will happen to you, but a dead man can’t be offended can he? This is one of the reasons why the Apostle Paul said to “die daily.” This releases our spirit-being to be seated in heavenly places so that we can war through rest.  Our spirit-being knows how to do this if we will allow it to be the dominant factor, rather than our human nature.

There is a place for rest and there is a place for warfare in the courts of heaven. But implementing the proper protocols before engaging the battlefield is a matter of life or death…spiritually and physically. Know your opponent. Ask God to expose the devil’s schemes. Be vigilant and pray daily. Put a guard on your mouth, your mind and your heart. Clothe yourselves with the full armor of God and put on the Lord Jesus Christ as your impenetrable supernatural forcefield. Fight the good fight of faith and live your abundant life at the same time. Exercise your authority according to the proper protocols of heaven, and you will win many battles and suffer minimal casualties coming from ignorance and foolish warfare tactics. Sometimes when you’ve been burned enough as I have in spiritual warfare, you eventually start to revamp your warfare strategies. That’s exactly what I did and I hope to impart this same wisdom to you.

To learn more about effective prayer strategies and courtroom protocols, explore the various resources below and be a wise warrior in Christ!

Book:  The Weapon of Peace – Warfare Strategies from the Courts of Heaven by Reeni Mederos