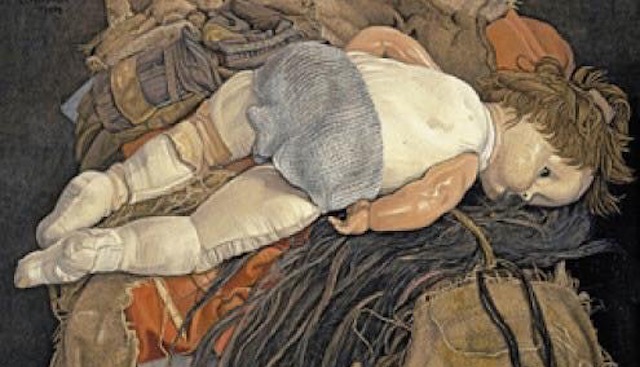 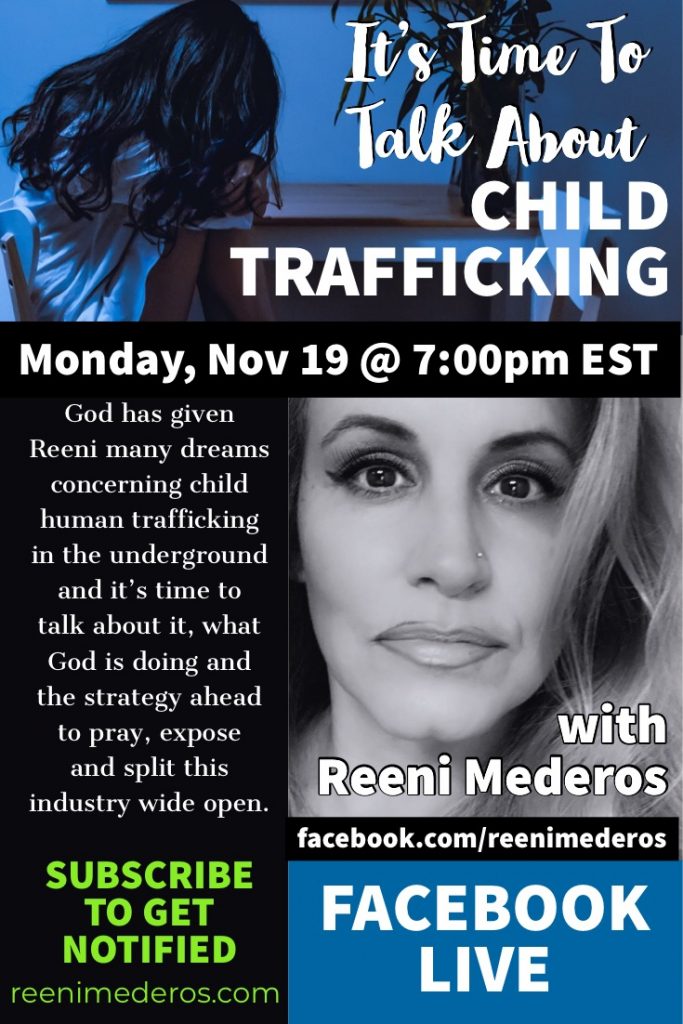 I just woke up from a dream where I was taken to this remote location and when I arrived, I was told to open my eyes. When I opened my eyes I was taken aback because what I saw were piles and piles of little children laid upon each other dressed like rag dolls. This was a child sex trafficking ring sting operation where I saw with my own eyes the death and decay of these children as I was undercover busting these people who were coming to buy and trade these children to abuse them in the worst way like rag dolls. I saw faces of young men coming to make their trades and the operation leaders acting like animals saying, “Yes, you want a little girl? I have little girls for you. Come, choose which one you like.” This ring leader had an accent. He was not American but these children were being traded to Americans and many nations who had the money.

When I first saw the massive amounts of children piled up that looked like a rag doll dump, I wept and I couldn’t contain myself. My purpose for being there was to see a great massive exposure. Every time I saw a face coming to take a child and watch the trade happening, I saw faces and they were about to be exposed. Like on the brink of everything being blown wide open. It felt like I was really there having been transported there by the spirit, as if an angel was escorting me to various scenes.

I also saw smoke and fire in the operation where these piled up children were being burned to get rid of their bodies like in a type of burning camp. There were so many. I was overwhelmed and couldn’t believe how these precious children were tossed like unwanted toys and discarded after their use. These were children of all ages but my eyes were drawn to the little ones that were like 2, 3, 4 and 5 years old. The children looked dead but they were still being sold. Their clothes were all tattered and they looked lifeless. It is much more worse than anyone can imagine.

Father, in the name of Yeshua, I pray for these children who to these human traffickers are rag dolls but to you, they are precious souls whom you created with a divine purpose and with scrolls from heaven for each one. I decree that prayer warriors will rise up to pray and stand in the gap concerning these things and that you take them in spirit where these things are happening, so we can see faces and street names and exact addresses of where all these things are happening. I pray for the protection and rescue of each and every child. I decree your angels to be sent forth to supernaturally release open prison doors as we pray just like you did for Paul and Silus. I decree the unlocking of natural and spiritual doors and that the exposure and arrests of these dealers become so often that the fear and dread of the Lord will hit this industry that they tremble at even the thought of coming near to one of these camps or being part of it, that the whole industry will collapse because no one dares to be part of it. I decree a release of your seraphim to come and purge, expose and cleanse our land and every other land involved. God forgive us as a nation for allowing these crimes and I ask that the blood of Yeshua cover every gateway, waterway, every port of entry and every unknown underground camp and every place that is hidden be exposed in the name of Yeshua! Thank you, Father, for bringing this to my attention again to pray concerning what is on your heart and to round up the prayer warriors to pray. In Yeshua’s precious name. Amen!

Please Post Your Prayer Decrees In The Comments Below 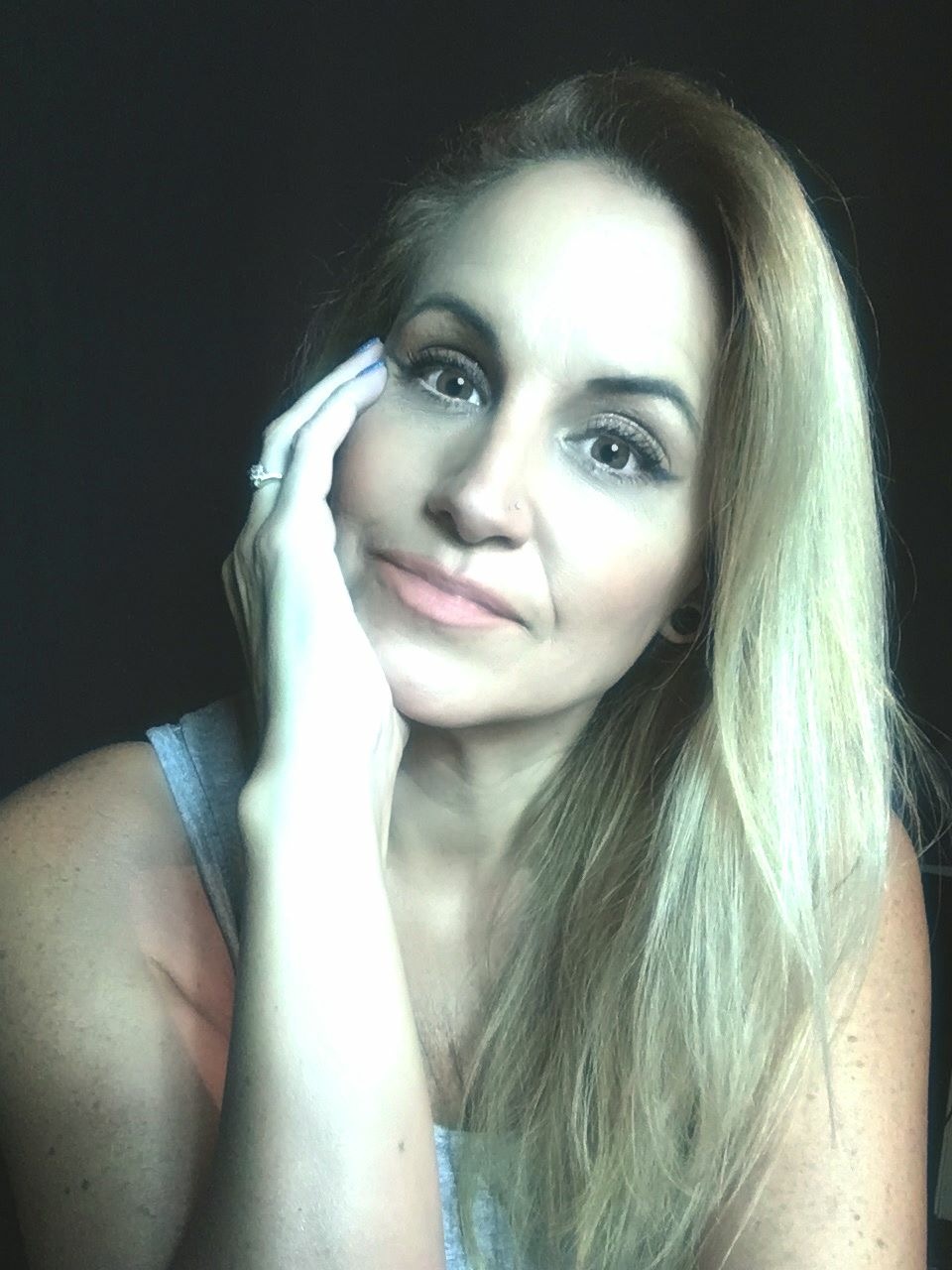 Reeni Mederos is the founder of Mystérion Expressions and Mystérion Academy and is a revelatory motivational speaker, author of "The Weapon of Peace," and pioneering seer and a fiery prophetic psalmist who releases the fire of Seraphim with a passionate love for Christ in her spontaneous worship over cities, regions and nations, piercing individual lives with her contagious passion for Christ and adventuring the realms of the Kingdom following hard after God. Reeni has been activating the Body of Christ into God's supernatural realms for over 20 years with her online schools, live broadcasts and webinars, and on-location activation encounters, helping others to discover and fulfill their God-given destiny scrolls.
With a down to earth prophetic mentoring style that is easily received, Reeni's ability as a prophet to bring healing to the heart, to draw out the gifts and callings within a person, and to raise confidence levels, are done with pinpointed activation strategy and divine wisdom. As she draws out the inner potential of a person's calling and hidden inner treasures with keen prophetic insight into the heart and anointed instruction, many discover the reality of their God-given blueprint, identity and destiny on accelerated levels in a very short period of time, resulting in a life that is transformed and equipped to do mighty exploits in God as matured sons of God.