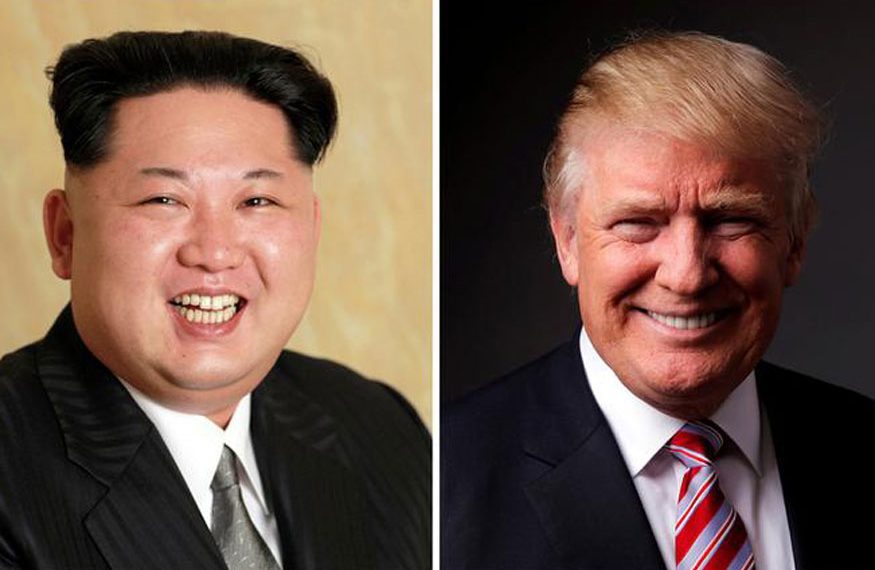 Kim Jong-Un will have a supernatural conversion that will shake North Korea of its demonic control and bring its people to a new found freedom. I keep seeing prayers of incense to the Lord rising to the heavens and into the ears and heart of the Lord. He has heard the cries of the North Korean people and has for a long time. It is now the timing of the Lord that the heart of Kim Jong-Un will shift and tilt towards the way and the will of the Lord as he will see there is no other way than to surrender.

There is a tug of war going on in the heart of Kim Jung-Un and it is imperative that believers everywhere pray and fast for him for the next seven days before his summit with President Trump. Once he comes into the presence of President Trump, a shift will happen in the nations. It is the result of an alignment that was pre-destined before the foundations of the world. The conviction of the Lord will visit Kim Jong-Un and his heart will melt. He may appear to be hard on the outside, but there is a little boy on the inside that longs for a father. One he really never had. He will have to make a choice. He is weighing his choices right now. Pray for his heart, for the softening of his heart and for the enlightening of his eyes according to Ephesians 1:18 so that he may see the destiny and hope to which he is called to that God has prepared for him that far outweighs his own vision for North Korea, but he must self-surrender.

And [I pray] that the eyes of your heart [the very center and core of your being] may be enlightened [flooded with light by the Holy Spirit], so that you will know and cherish the hope [the divine guarantee, the confident expectation] to which He has called you, the riches of His glorious inheritance in the saints (God’s people), Ephesians 1:18

There is a fear deep in the heart of Kim Jong-Un that is buried and hidden very well but God sees through every outer shell of self-sufficiency. God will be gentle in His workings with Jong-Un but there is a limited window of opportunity that he must walk through. God is giving him some time but that window of opportunity won’t stay open forever. For God has heard the cries of His people and the people living in North Korea and their families abroad that feel trapped and are hoping for a new day. That new day is coming and is already here and God will see to it that the North Korean people are liberated. There will be a new coming to and fro, and the governmental system that is now in place that will shift and it will surely change. Little by little it will change.

God is calling believers everywhere to be faithful in prayer during this season and to not look at what is seen but what is unseen. Man looks at the outward appearance but God looks at the heart. God sees the heart of Kim Jong-Un in ways we do not see. God will show President Trump the true heart of the North Korean leader and move accordingly to the divine wisdom of the Lord as benefits the United States but even beyond the United States. For the knowledge of the glory of the Lord must reach the ends of the earth and take note that Iran is watching very closely.

A pivotal wall of resistance is erected by the Holy Spirit through the prayers of the saints to resist Iran and their evil schemes as they are watching the world leaders make their moves in this season. They are praying prayers that are not of the Lord. Demonic powers are gravitating to their prayers but these prayers will not stand above the prayers of the God’s people.  But know this, God has His eye on Iran and the people of Iran and the underground church of Iran that have been praying. there is a remnant.  They are hidden but they are not hidden from the Lord.  Many have been persecuted and have lost their lives but their blood cries out to the Lord and there shall be a revolution and renewal of the Lord in Iran.

The Lord says,  “Pull back from any tunnel vision you may have and pan your eyes to see the panoramic view of what I am doing. America, North Korea, China, Russia, Iran, and Israel will play a crucial role in the next course of events.” Don’t get so caught up in the little whispers of the enemy but pay attention to the bigger plan plainly revealed in Revelation. Stay vigilant, stay faithful and stay close to the heart of the Lord. For you will see the hand of God move mightily as your prayers will shift and place the chess players into place so that the angelic host of God can make their move and restore God’s original intent and design.

This is a team effort with heaven and earth and those that know how to touch the heart of God in prayer for America and the nations of the world will see the salvation of the Lord before their eyes. Your prayers have not been in vain. Stay focused. A mighty shaking in the heavens is about to erupt with glorious joy! “There will be dancing in the streets,” says the Lord!